The flag of the Unit includes, among other things, the date of the first airdrop of Cichociemni (The Silent Unseen) to occupied Poland - February 15/16, 1941, the date of creation of the Operational Maneuver Response Group - July 13, 1990, the symbolic GROM number "13", Cichociemni parachute badge and, modelled on it, the Unit GROM badge in the form of a nosediving golden eagle with a thunderbolt (‘’thunder” means ‘’grom” in Polish) in its claws; in the middle of the Knight’s Crosses there is an image of a white eagle, and on the other side there is the inscription: "God, Honor, Fatherland".
‘’The godparents” of the flag were: the wife of the first commander of GROM Mrs. Agnieszka Petelicka and one of Cichociemni, officer of the Home Army, Second Lieutenant Bronisław ‘’The Reel” Czepczak - Górecki.

Patches
(worn on the right shoulder)

An identification patch (worn on the right shoulder) for soldiers of GROM combat squadrons.

The term "CICHOCIEMNY" (literally meaning silent and dark) was coined during the training of "special purpose" soldiers in Great Britain and used even in the training manual of Section VI in 1941.
This nickname was supposed to reflect the nature of tasks to which the paratroopers were prepared: silently and in the dark. The will of our Patrons was to maintain this term, which could soon come out of use with the last Silent Unseen passing away. At the request of the GROM Commander the Minister of National Defence introduced the "CICHOCIEMNY" patch, which soldiers are entitled to wear after completing the basic course.

An identification patch (worn on the right shoulder) for soldiers of GROM combat squadrons. 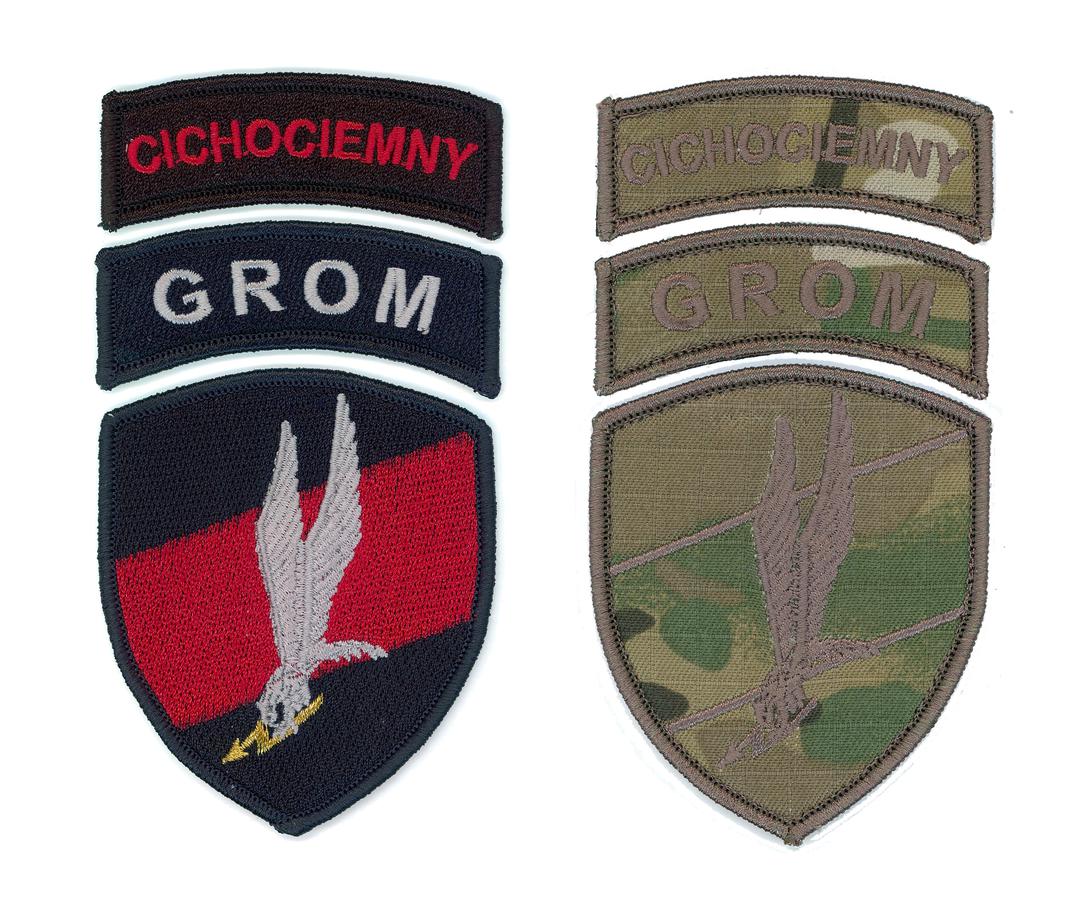 Badges of the corps

The unit has an identification badge modelled on the parachute badge.
The badge was introduced by Decision No. 37 / MON of the Minister of National Defence of February 20, 2002.
It comes in three colors: gold, silver and brown. 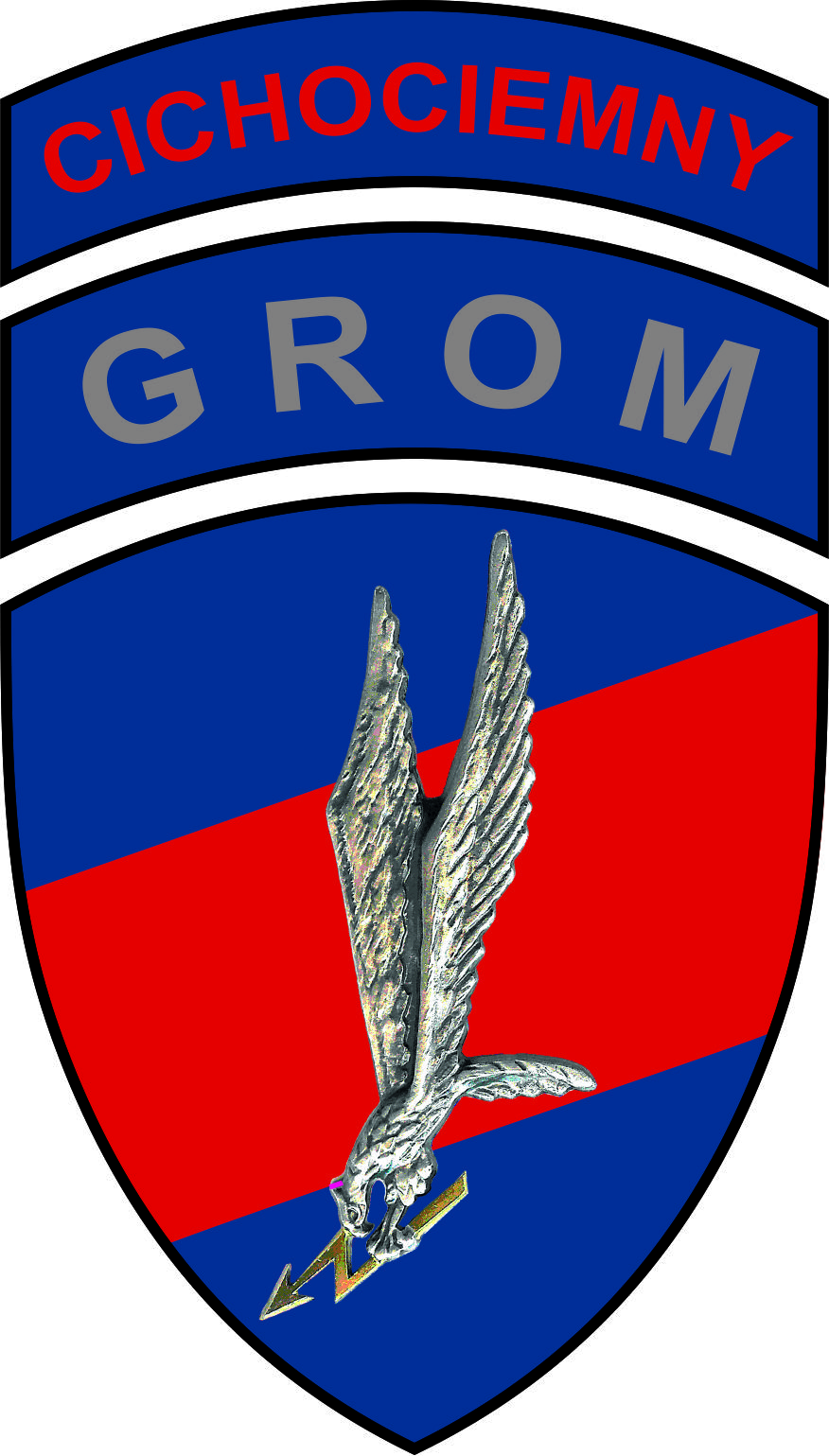 Archive
We use cookies for statistical purposes. If you do not block these files, you agree to their use and saving in the device's memory. Remember that you can manage cookies yourself by changing your browser settings. More can be found in Cookies Policy.